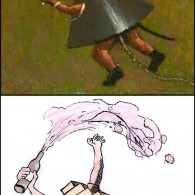 While the world has been abuzz with reports from the Iowa Caucuses this week, I found the most exciting piece of news to be the discovery of a “new” painting (dated 1500-1510) attributed to Hieronymus Bosch. The painting had been in storage in a Kansas City Missouri museum and researchers came upon it as part of an effort to catalog and identify all his work before the 500th anniversary of his death in 1516. Bosch was an early Renaissance master known for his other-worldly figures and surrealism. The mind of Bosch was original, diabolical, and absolutely genius. Bosch was the original surrealist – predating Salvador Dali by 400 years. The newly attributed painting is called “The Temptation of St. Anthony,” and features the Saint filling a water pitcher at the edge of a creek.

Posted on October 21, 2015 by Victor Stabin in Blog, VSBlog-DaedalDoodle 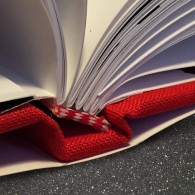 Despite years of art school followed by my long professional career as an illustrator, it became clear to me one of the biggest lessons I learned was from my father. He started his career in scientific instrumentation by doing research and development at Oak Ridge Tennessee, fabricating research instruments for the making of the Atom Bomb.

Posted on June 5, 2014 by Victor Stabin in Blog, VSBlog-DaedalDoodle 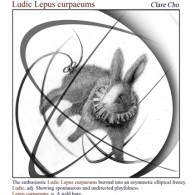 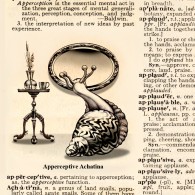 Meet Victor Stabin in his studio through this video portrayal of his relationship with The Book. Not the Bible. The dictionary. Learn how he stumbled upon the words and images in the defining moment that gave rise to his award-winning book, Daedal Doodle.

Posted on June 13, 2013 by Victor Stabin in Blog, VSBlog-DaedalDoodle 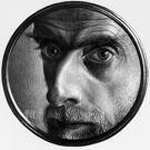 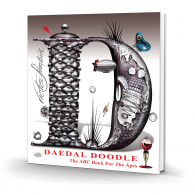 The book idea was a simple assignment, look up words that lent themselves to narratives. I combed through 8,000 pages of various dictionaries, looking for alliterative couplets that eventually became my wacky revue of improbable characters. Love for my daughter, for words and for drawing propelled me through this astonishing maze of implausible alliterative combinations.