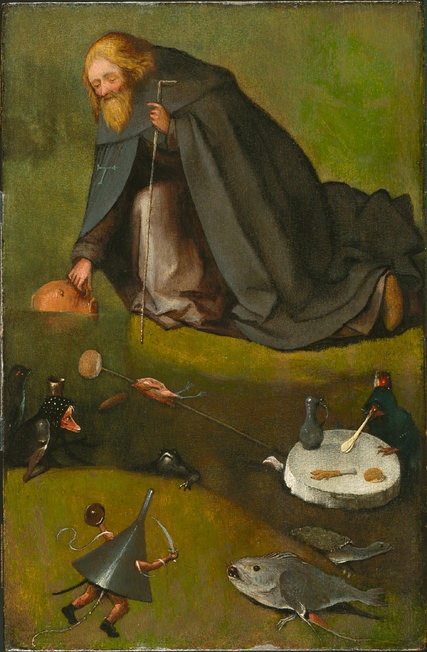 d has been abuzz with reports from the Iowa Caucuses this week, I found the most exciting piece of news to be the discovery of a “new” painting (dated 1500-1510) attributed to Hieronymus Bosch. The painting had been in storage in a Kansas City Missouri museum and researchers came upon it as part of an effort to catalog and identify all his work before the 500th anniversary of his death in 1516.

Bosch was an early Renaissance master known for his other-worldly figures and surrealism. The mind of Bosch was original, diabolical, and absolutely genius. Bosch was the original surrealist – predating Salvador Dali by 400 years. The newly attributed painting is called “The Temptation of St. Anthony,”  and features the Saint filling a water pitcher at the edge of a creek.

One of my former students had essentially depicted that very same image. How was a Student, 500 years after Hieronymus Bosch, attending one of the most underfunded schools in Pennsylvania able to create a surreal image the likes of Bosch and Dali?

For the past five year years, I’ve been teaching a curriculum that combines spelunking the dictionary for unusual words to create alliterations that they then illustrate. As they’re looking for words to illustrate, they’re simultaneously learning vocabulary. 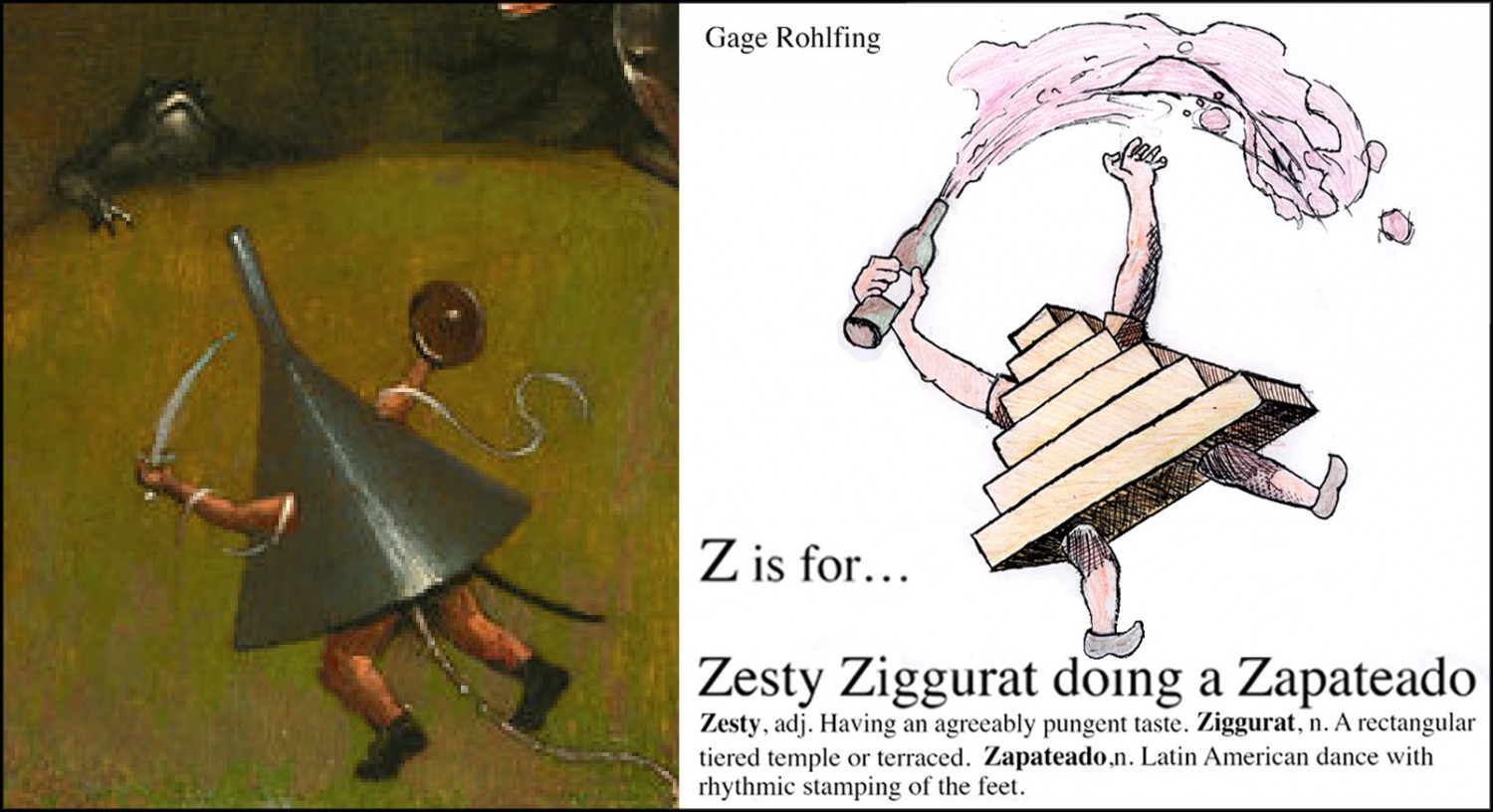 My student, Gage, came up with “Zesty Ziggurat doing a Zapateado” – a surrealist image of a dancing temple brandishing a bottle of bubbly. This particular drawing was one of my favorite pieces, but each student I taught in Panther Valley came up with nothing short of some dizzying alliterative, pictorial word invention.

Ambrogio Calepino’s Latin Dictionary appeared in 1502. Though there weren’t many copies at the time, one can conjure an image of Bosch finding the word “Funnel” and “Sword” and combining the two to created that enchanting little figure among others.

I will soon be teaching my Daedal Doodle curriculum to Rikers Island, the Hillside School for children with Dyslexia and my local grade school here in Carbon County. I’m looking forward to new outside the box surprises!

To learn more about the Daedal Doodle Curriculum or to purchase the book and request the accompanying Teacher’s Edition Pamphlet, click here

Hieronymus Bosch Is Credited With Work in Kansas City Museum