The year before I landed at the High School of Art & Design a caped Salvator Dali showed up with his pet ocelot, a glamorous model and a suite of recent paintings. He gave an inscrutable presentation to the students in the school’s auditorium.

When I was in 11th grade at Art & Design, Murray Tinkelman, a professional illustrator, gave a presentation of his recent crossed-hatched drawings of mountainous rock formations, commissioned by the United States Parks Department. Other than miss seeing Dali’s ocelot crap on stage, Murray’s presentation was the influential moment of my young artist life. Truly. (Story continued below)

The High School of Art & Design 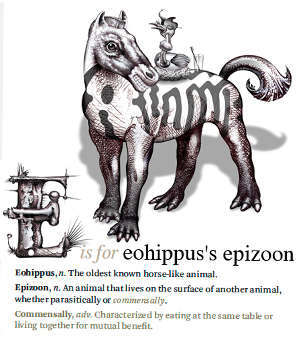 Sadly, the eohippus's relationship with the epizoon did not stand the test of time.

The next class at Art & Design will be using the Museum of Natural History as a source for their alliterations. The focus will be on extinct and endangered species, more specifically on those predicted to be a part of The Sixth Mass Extinction. Aside from the normal benefits the Daedal Doodle Curriculum provides, this added aspect will hopefully raise awareness of species endangerment issues and create an artistic legacy for those unfortunate species that will never be seen in the flesh by future generations. (This idea was influenced by a New York Times article that details the sixth mass extinction and predicts those species which will be lost.) 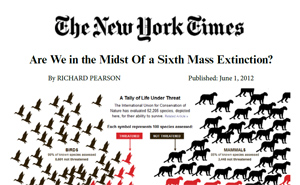 In 2011, Victor was asked to take on a teaching residency at Panther Valley High School. At this Northeastern Pennsylvania school he developed what would be the Daedal Doodle Curriculum. The residency culminated in a show at the Allentown Art Museum and a student version of the book titled Daedal Doodle 2.0. The success of this initial class led to his being invited back to teach again, a few examples of the work done by his students can be seen below. 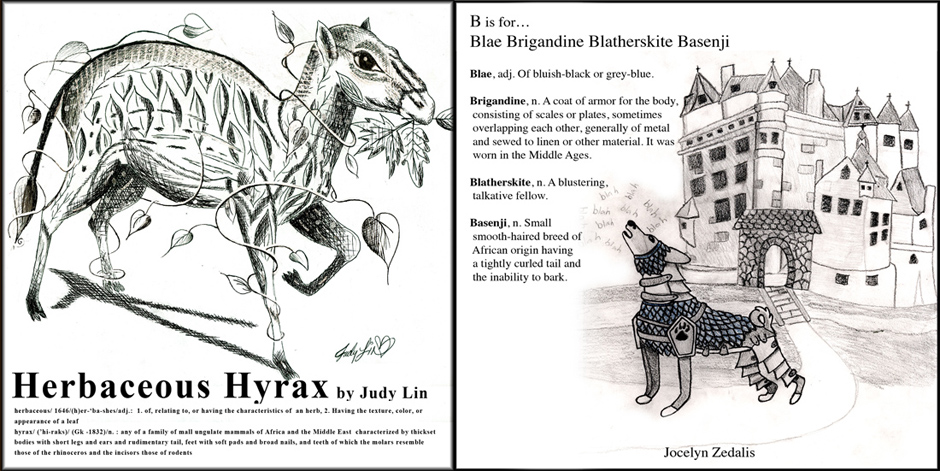 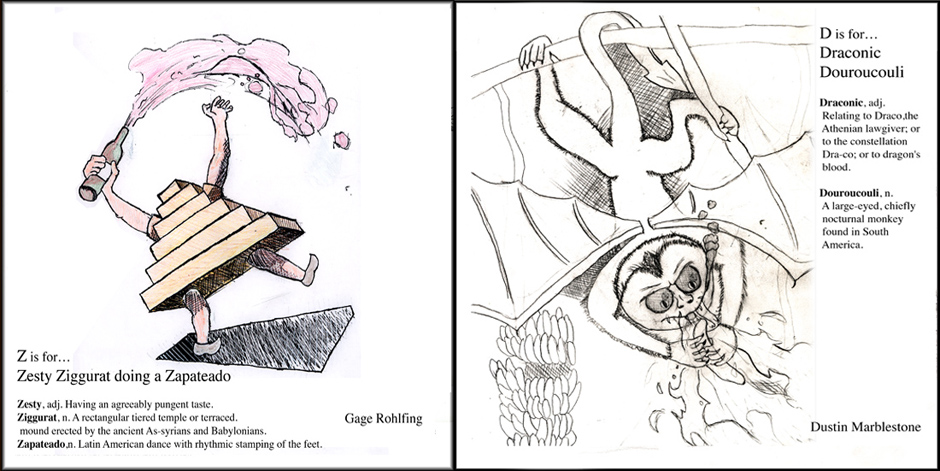 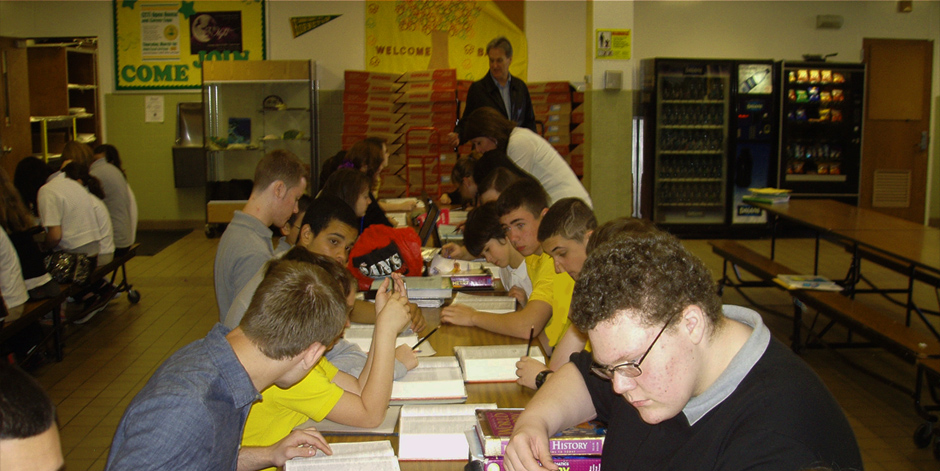 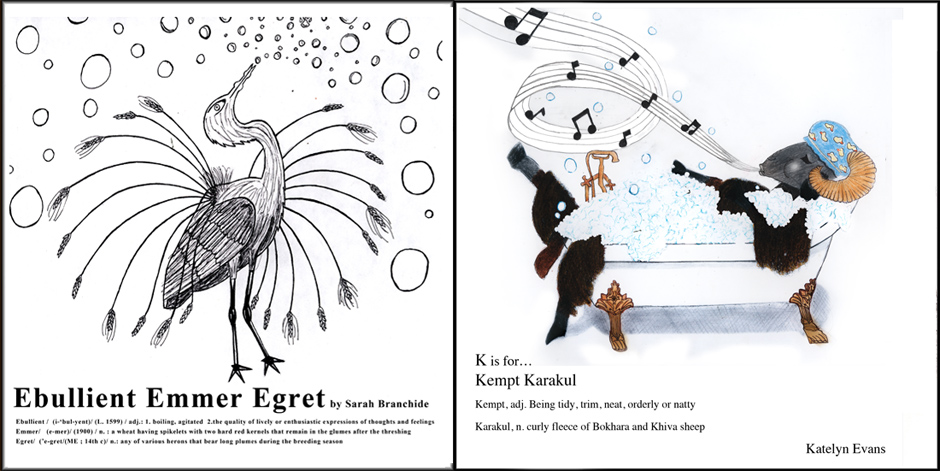 Purchase a Copy of Daedal Doodle 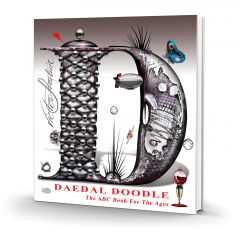 Seeing his cross-hatching blown across a huge screen knocked me out. 39 years later I called the school to ask if I could present in the auditorium, the request was warmly received by the assistant principal*. About one year to the date later she called me up and asked if I could come in on Wednesday. Ha ha ha.

Long story short, a year after presenting the school asked me to give the keynote speech to the graduating class. The assistant principal* asked me for background info for my intro- what I was noted for at A&D-my response “least likely to survive”. While at the ceremony I learned of Art Spiegelman’s Maus Scholarship for excellence in cartooning.

The confluence of respect for Spiegelman’s acknowledgment of the school’s importance, my feelings about the importance of transferring experience through teaching and my rank jealousy of his altruism impressed me enough to create the Daedal Doodle Scholarship for Creative Drawing. The assistant principal* requested I turn the scholarship into a contest. So I challenged the graduating students to create illustrations predicated on the technique I used to make Daedal Doodle-using the dictionary and the galleries in the Metropolitan Museum of Art and The American Museum of Natural History for source words.

Going back to A&D was a circle of life moment for me, I am glad I survived long enough to see it. At a certain age, the government should step in and make everyone participate in teaching their expertise to up-coming generations.

To date, I have visited three high schools. It is my experience that in America today high school teachers are asked to preform more work than they have hours for, I can not imagine accomplishing what they do without a small army of assistants; they are amazing people. Their responsibility to our future is undeniable. No matter what their getting paid, it’s not enough.

*The vice principal at A&D, Elma Reingold, is a brilliant light that dances on the head of a pin while carrying the world. When I told Max Ginsburg, my former A&D art teacher, that my contact at the school was Elma, he told me “the school needs more like her”.

I see these teachers the way ancient cultures viewed turtles, carrying the weight of the world.