Housed in a former wireworks factory, The Stabin Morykin building has been converted into an award winning restaurant, art galleries, studio space, and loft apartment. Though it was in a terrible state of disrepair when Victor Stabin and Joan Morykin acquired it in 2004, they retained as much character of the old building as possible and it is a prime example of adaptive reuse of industrial buildings. 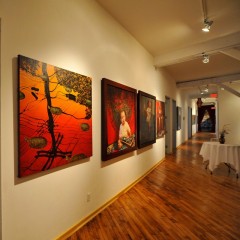 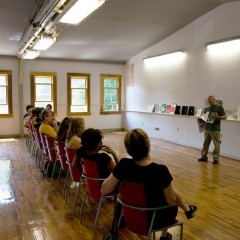 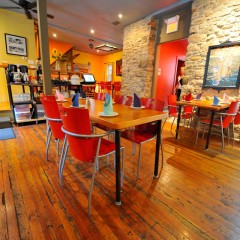 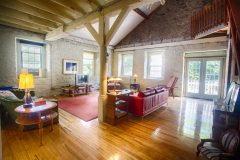