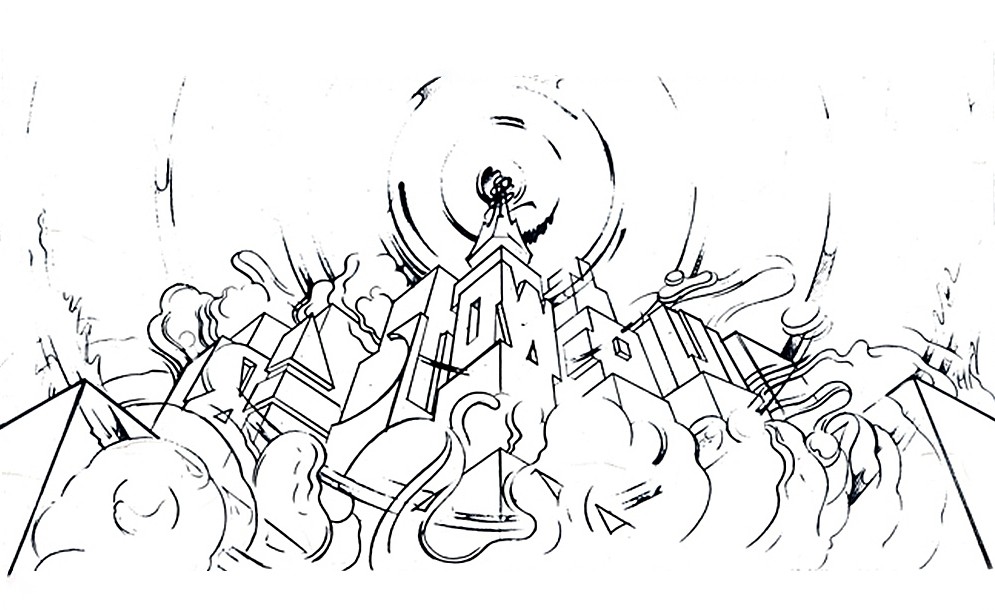 Fine Tuning at The Radio Bar

A  Q & A by Paul Louis Maupin with Victor Stabin and a little Andy Lanset on the side.

Prolific painter, author, gallery owner, and restauranteur, Victor Stabin has a lot on his plate. Between running the Victor Stabin Gallery, publishing his ABC book Daedal Doodle”, and completing “Hatchlings”, the latest eco-surrealistic painting in his Turtle Series, Stabin had little time last year for anything but his work.

The same could be said for WNYC archivist Andy Lanset who has the immense job of organizing and preserving over 80 years of precious media annals. WNYC, which has the largest public radio audience in the country and is NPR’s most popular carrier, houses scores of photographs, audio recordings, memorabilia and news items within its storage chambers. In fact, Lanset is responsible for over 50,000 recordings, in an array of formats, which have amassed in those archives since WNYC’s establishment in 1924, so it goes without saying that his is an interminable duty.

Lanset and Stabin were fated to meet last year when Lanset while prospecting the archives stumbled upon a portrait of Leonard Lopate, which Stabin had painted years before. (Lopate is the host of The “The Leonard Lopate Show” a public radio program, some variation of which has been broadcast on WNYC since 1985.) Lanset contacted Stabin for information regarding the portrait and a friendship blossomed. This unlikely pairing led Stabin to recall, and restart, a project he initiated 30 years earlier on a napkin in a Lower East Side bar. The following interview examines the story behind what came to be The Stabin System for Displaying Archival Photos, as well as it’s improbable destination.

What inspired you to start this piece?

I was hanging out in a bar called WCOU aka The Radio Bar. It didn’t have much going for it except a clock on the wall that was from some radio station. It was a 1940’s, 50’s neon clock, with the call letters WCOU in the design. I liked that it was a non sequitur since I had no idea of the radio station origins. I imagined the call letters written into the top of Rhapsody in Blue skyscrapers, peaking through clouds, cherry topped by the antenna of the Empire State Building. I started the drawing there on a napkin, then  took it home, transferred it to a piece of tracing vellum and worked it into the first stage of the design.

Is that where you stopped?

The bar made decent drinks but I didn’t have much interest in contacting the owners who I didn’t know and trying to sell them on an idea they probably didn’t want. I guess I just wanted to do a drawing that was predicated on the initial napkin idea — I just didn’t know what to do with it, so I flat filed it.

So you put it on the back burner for 30 years?

You didn’t? So how long did it sit?

12 years later I came across it and was impressed with its still fresh retro design, by this time Leonard who is a friend, was working at WNYC, so it went from WCOU to WNYC. I showed it to Leonard, hoping he might present it to someone as a logo or some form of advertisement, he immediately shot it down because the station did not broadcast from the Empire State Building. Back to its home in the flat file. 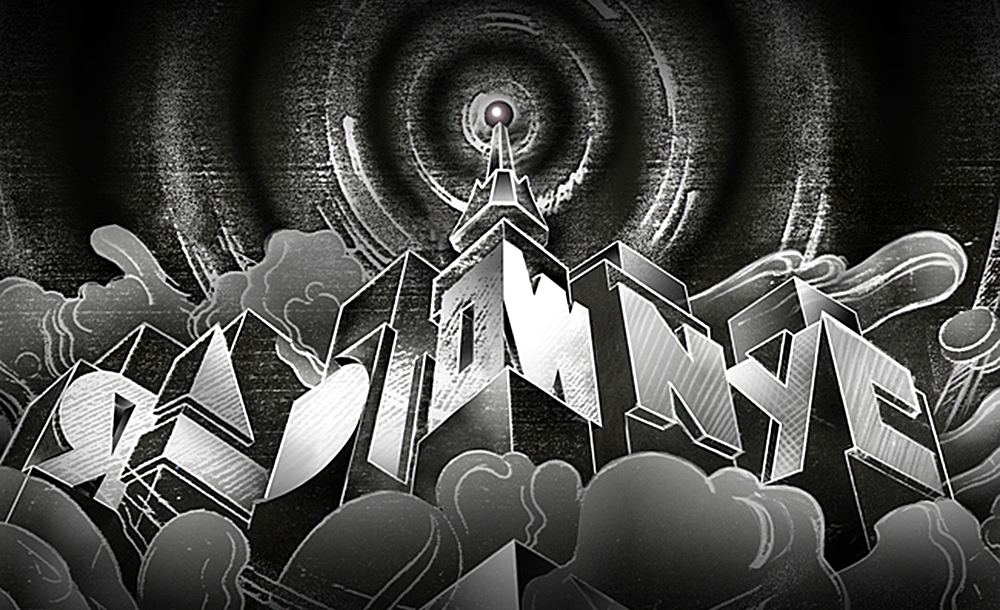 What gave you the desire to continue the work a second time?

In a word, the beautiful Andy Lanset. Andy gave me a tour of the station, introducing me to its rich collection of art. I was impressed with the work generated by the WPA. The art at the station is an extraordinary time capsule of early 20th century motifs executed by highly talented artists. After that, I couldn’t stop thinking about my design.

As time went by I changed it into an elaborate system of frames, I got rid of the Empire State Building and turned the radio transmitter from an antenna to a satellite. Understanding the magnitude of his archive it made total sense to me that this design was now meant to celebrate this archival treasure. Plus Andy had was so gracious and patient with me I started to think of him as my only friend.

But Andy did not ask you for the piece, Leonard Lopate shot it down, why did you keep it going?

Each week Andy’s email newsletter displayed captivatingly quirky 20th Century newsreel photos, the idea of displaying them within my retro imagery was an unstoppable vision — I couldn’t help myself, I became Dr. Victor Frankenstein, after giving life to my creation I just left it at Andy’s door hoping it would be welcomed and not killed.

Finally this painting finds its home within WNYC, Why is this significant? What reward did you get from all of this effort?

The obvious reward is being able to attach one’s name to venerable institutions. In the past I created a mural for RCA Records in the BMG Building in Times Square, I had the honor to be asked to create nine stamps for the U.S. Postal Service and as an illustrator in the 90’s I got to do numerous assignments for the New York Times.

The big reward here is that I can finally stop thinking about this once orphaned design and I am thrilled it has found such a glamorous spot outside my only friend’s office surrounded by Art from the WPA.

Where does it go from here? Is this the end of the journey?

Today the hallway outside Andy’s office, tomorrow the food court.  I will also be grooming my children to participate in the pantheon of the WNYC collection, they will settle for nothing less than visual dominance! (Stabin’s statement was made as he took a shoe off and started slamming the heel on his desk repeatedly.)

When asked about the work Lanset commented, “Victor is in good company and we appreciate the donation. I particularly like the fact that it is thematic and very utilitarian in that it gives me the option to display different photos if and when I decide to make those changes.” Lanset isn’t kidding when he says the work is in good company. The painting, which is composed of three pieces, each with a hole for a photograph in the center, shares a home with works by artists like Lee Krasner, Alexander Calder, Stuart Davis, and Max Baum within the WNYC facility. Actually, most of the art within the building is from the WPA era, perhaps that speaks to the difficulty a piece must face to hang at WNYC.