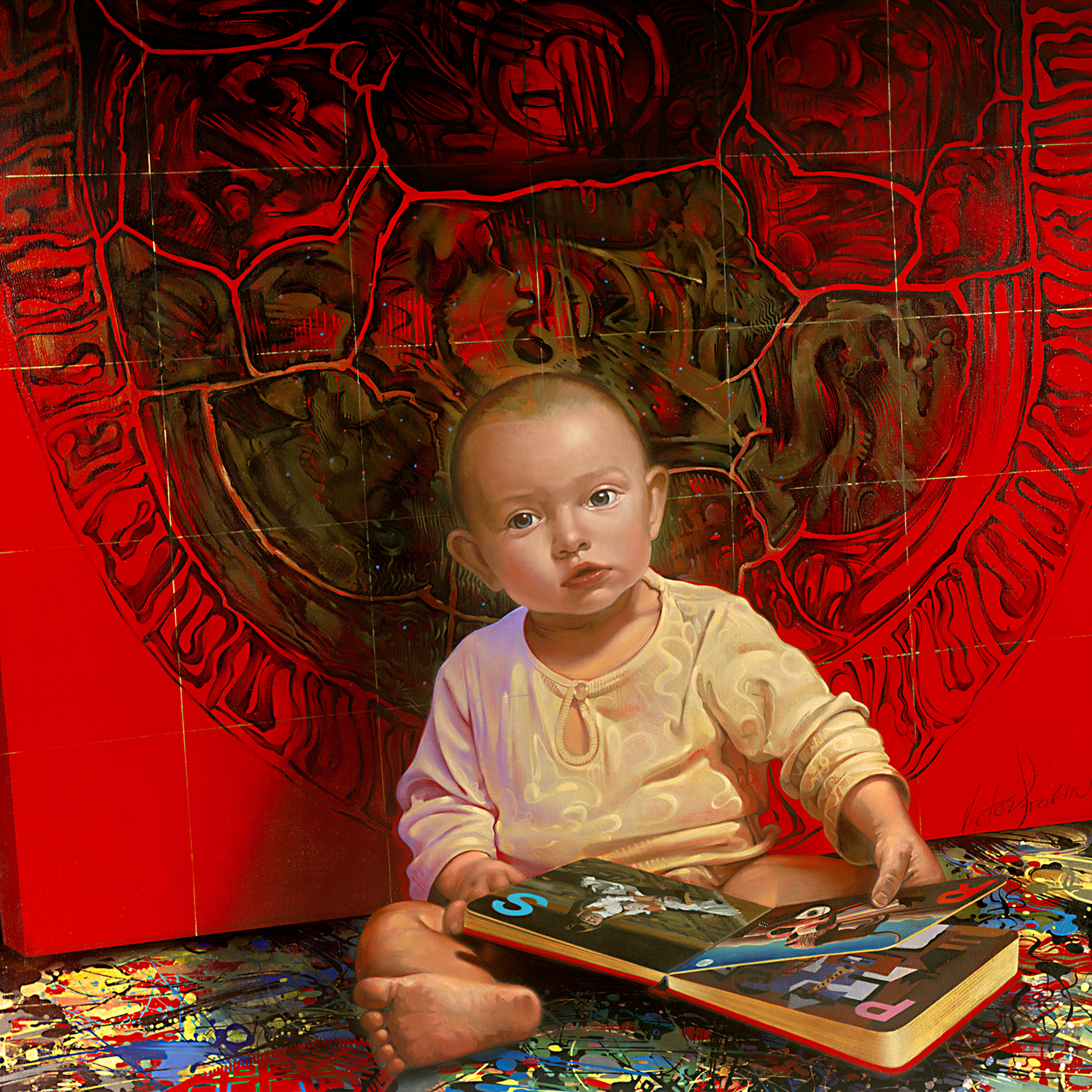 Oil on Linen—48″ x 48″
The Fairer Hand embodies a personal connection between Victor and his firstborn, Skyler. The painting is steeped in art history and creates an allegory showing a father’s desire to impart his vocation upon his child.

Stabin pays homage to several masters of art history in the piece. The floor is splattered with paint depicting the style of Jackson Pollock. Skyler’s ABC book is open to a page that exposes the letters P, R, and S, which represent Picasso, Rousseau, and Sargent.

The abstract painting of a turtle shell that leans behind Skyler reflects Stabin’s appreciation for abstract painting. Indistinct lines that extend a grid over the painting that Skyler is leaning against, refer to the centuries-old technique artists use for scaling paintings. At Skyler’s toes, the footprint of a sneaker can be seen. This juxtaposition mimics Michelangelo’s hand of God reaching out to touch the hand of David. In this manner, Stabin’s footprint encapsulates a father’s will to extend his love, support, and wisdom to his child.

Stabin creates conflict between old and new, as age-old art surrounds his young child. The quote, “Children are our immortality; in them, we see the story of our life rewritten in a fairer hand,” by Alfred North Whitehead acts as the basis of the portrait’s title. As a child, Stabin’s father bestowed upon him the thirst for entrepreneurial originality. Stabin hopes to impart these lessons as a way of life to his own children, following in his father’s footprint.

About the Turtle Series