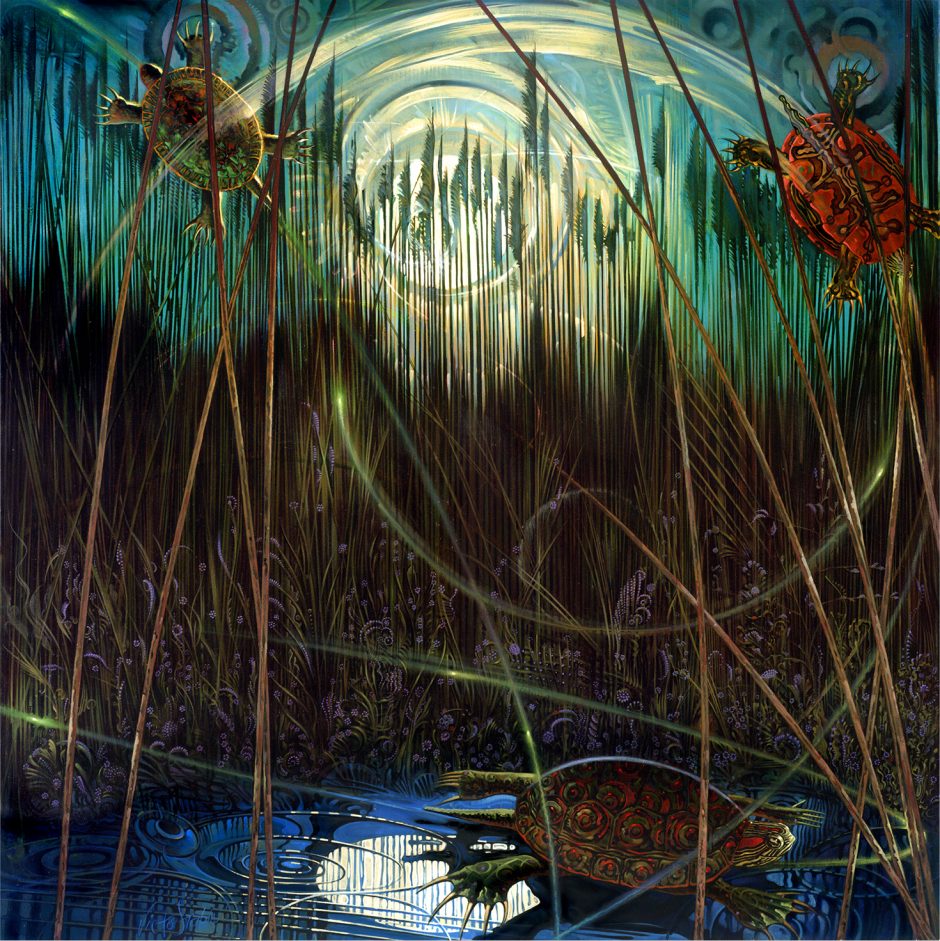 Oil on Linen—48″ x 48″
The initial piece in Victor Stabin’s Turtle Series, the painting exposes an untouched, natural setting where turtles swim in moonlit waters, excluded from other environments by the exuberant overgrowth of reeds and wild flowers.

The moonlight shines through this grassy veil to reveal a party we’re not invited to. Turtles soar into the night sky in pursuit of swarming fireflies, uninterrupted by the world outside their private sanctuary. Inspired by Gary Larson’s popular comic strip, The Far Side, The Secret Life of Turtles imitates a similar sense of paranoia.