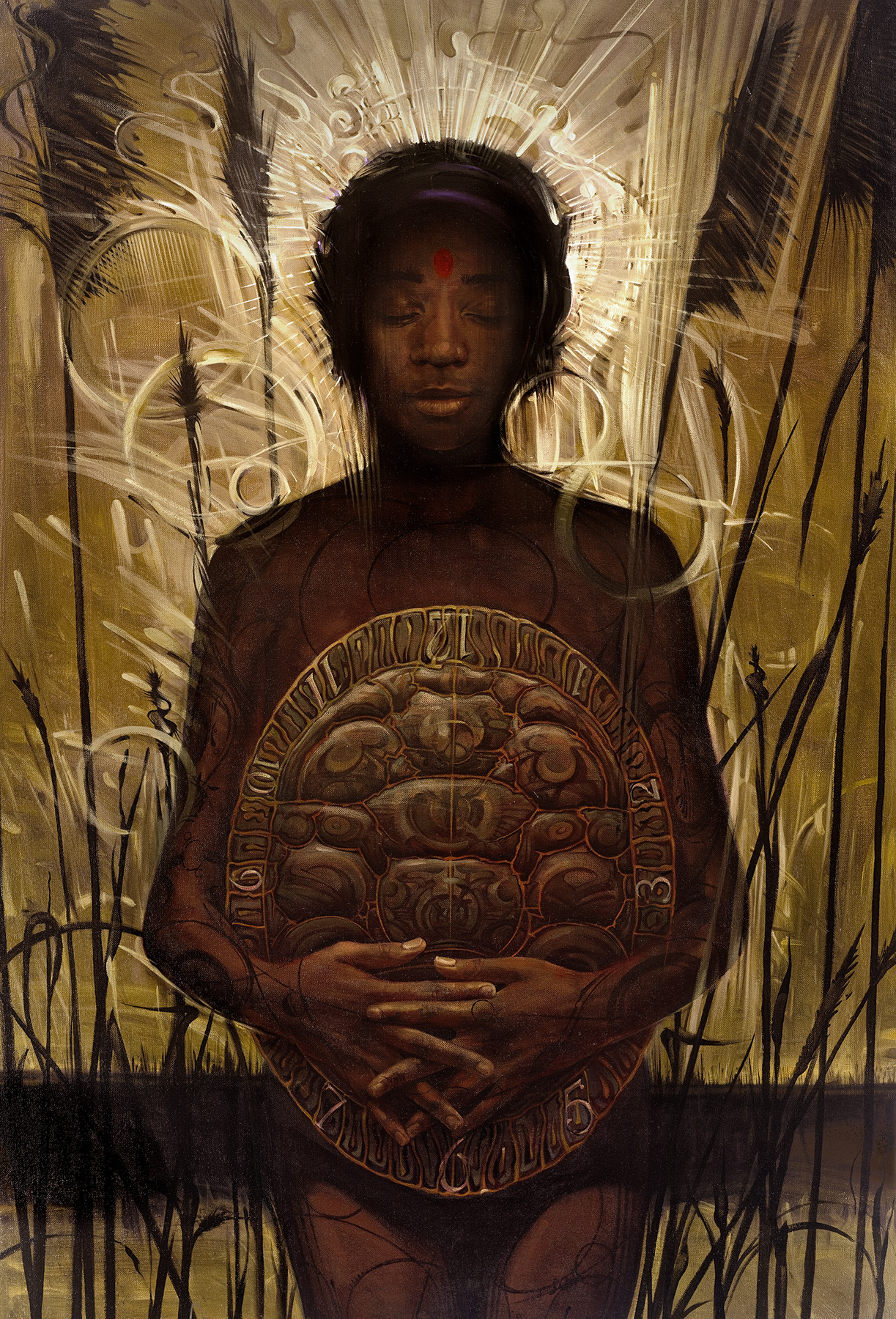 Oil on Linen—48″ x 32″
Unlike his other portraits, this painting depicts an unfamiliar woman who emerged from his imagination. She is African, naked, tattooed, and holding a turtle shell. There are no clues as to when or where she comes from. Her figure suggests a timelessness; that she could have lived yesterday or a thousand years ago.

Stabin further develops this theme by painting the numbers of a clock around the shell. The numbers are faced outwards, as if time itself is emitting from the turtle shell. The word ‘time’ spelled backwards is ‘emit’ connecting the mythic turtle with the extension of time. Stabin initially portrayed the woman with her eyes open and an anonymous background. He then changed the painting, adding an unguarded warmth to the image by closing her eyes and creating a bright aura around her head.