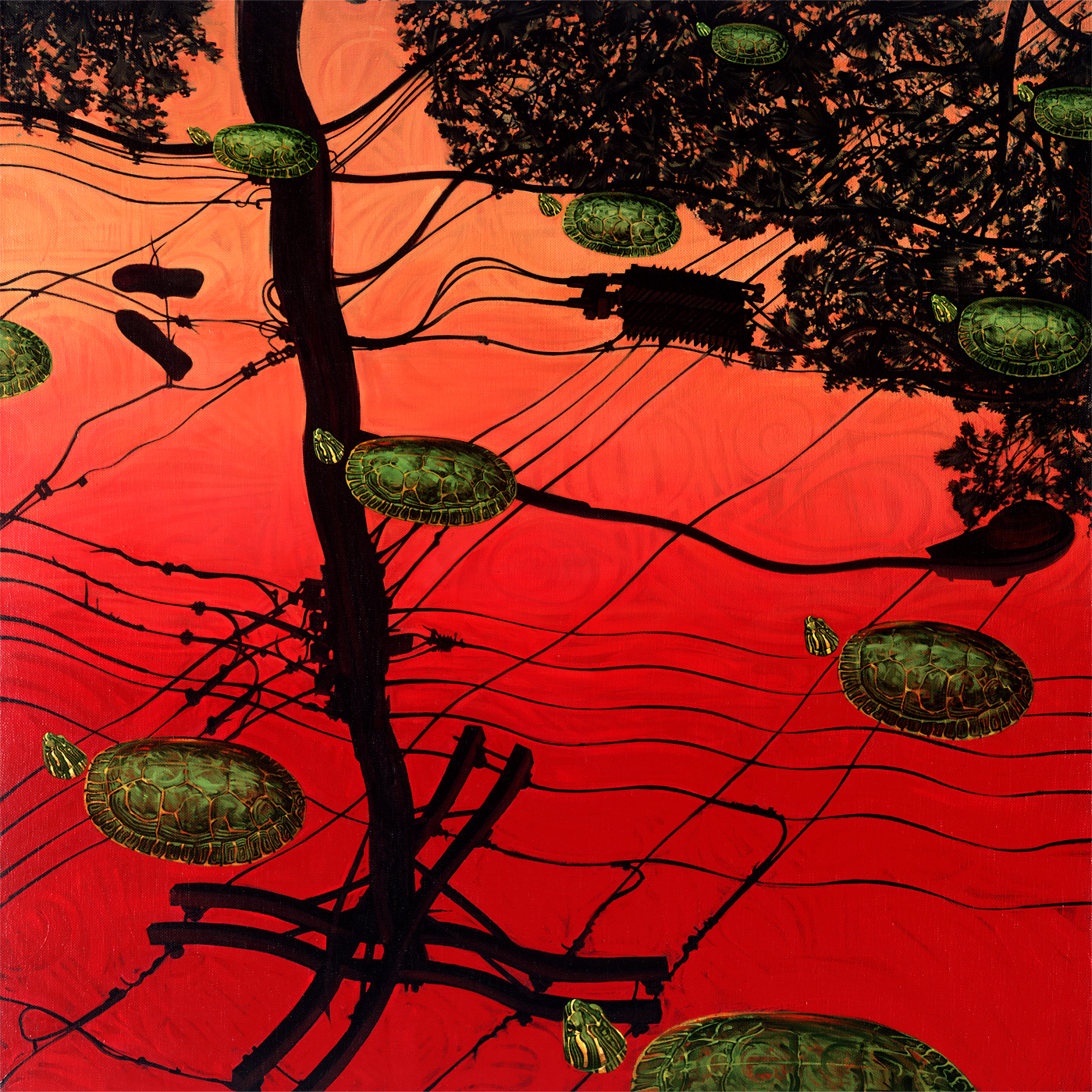 ▶ Certificate of Authenticity included with each print.
▶ Printed on 300lb. archival cotton rag centered with a minimum 1” border.
▶ Editions are signed and numbered in white on the image area.

Notations on a Theme

Original Painting: 1999—Oil on Canvas—48″ x 48″
The Rudyard Kipling poem “Fearful Symmetry”, imparts the message of a tiger’s stripes. This animal has symmetrical stripes lining its body which when seen trigger the natural fear of this dangerous beast. Stabin’s painting, the poem’s namesake, makes use of similar symbolism.

The painting however addresses one of society’s modern fears. The unordinary scene of symmetrical power lines reflected in water illustrates flooding, an understood result of global warming. Stabin’s use of red and orange hues indicates heat and danger. Apart from the ominous background, turtles pass serenely and symmetrically, unveiling a metaphorical conflict between panic and calm.

Turtles have existed for thousands of years, their ancestors dating back to the Dinosaur Age. In this piece the effects of global warming have reached their peak, the world has become barren and sustains only the life of those who stand the test of time, turtles. Humans cease to exist, leaving behind only a pair of shoes slung over the power line. Stabin uses this imagery to identify the remnants of our race, the footprints of mankind.

About the Turtle Series