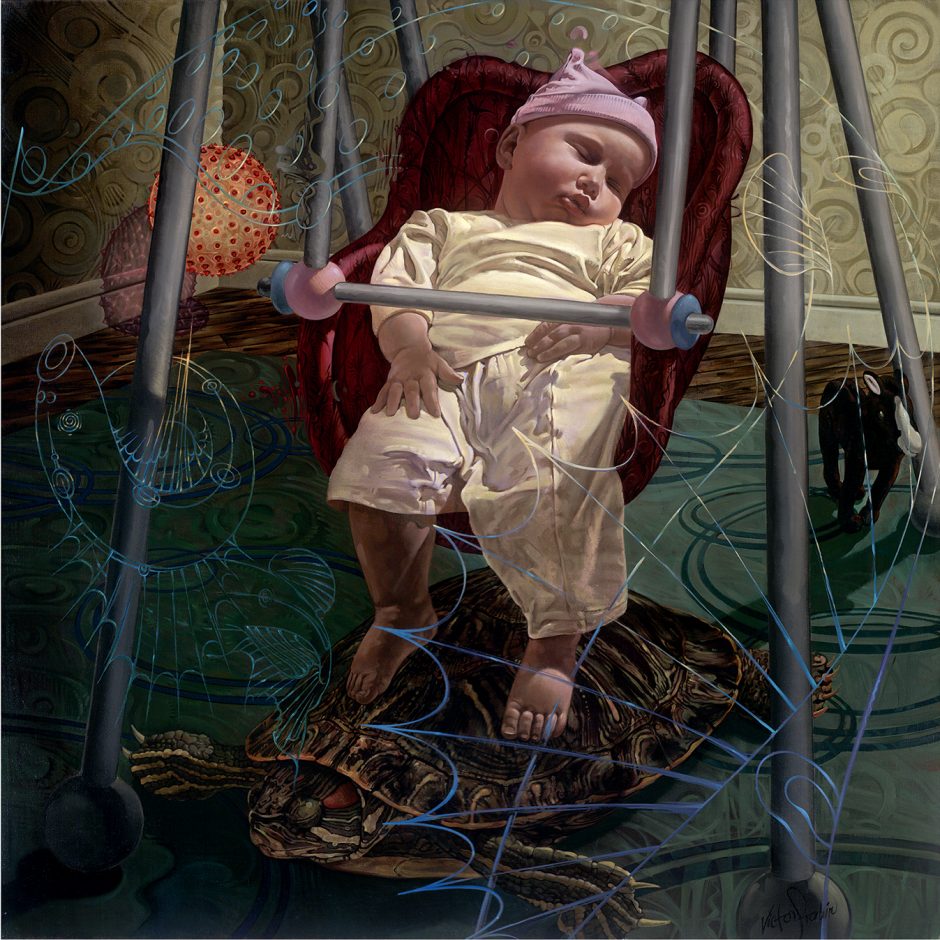 ▶ Certificate of Authenticity included with each print.
▶ Printed on 300lb. archival cotton rag centered with a minimum 1” border.
▶ Editions are signed and numbered in white on the image area.
▶ 10% of Proceeds Donated to Species Preservation.

Turtle Frame Edition ▼
Email us at: turtleframes@victorstabin.com for details

Original Painting: 2006—Oil on Linen—48″ x 48″
Arielle in Slumberland is a portrait that depicts the serene slumber of the artist’s daughter. The piece incorporates transparent and elusive sea creatures that float about the sleeping infant, representing the perpetual and boundless realm of dreams.

Patterns in the wallpaper and carpet imitate ripples that contribute to the subtle theme of waterscapes. Some of Arielle’s first toys, such as the levitating ball and stuffed animal horse, can be seen in the background. The horse leans against her swing, listening quietly to Arielle’s dreams as she rocks gently. While the turtle beneath her acts as an eternal sentinel.

The portrait highlights a slumber so deep, heralding a child unburdened by outside forces and circumstance. Stabin relates to this sleep as an uncommon and sublime state of being that most of us can only hope as adults to revisit. Arielle in Slumberland won Best of Show at the North East Pennsylvania Biennial Art Show held at Marywood University.